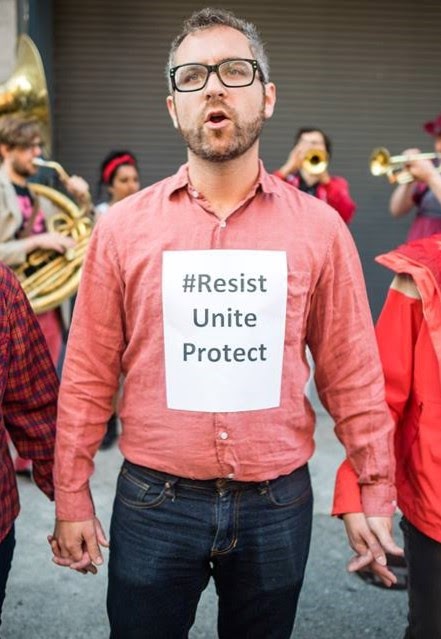 LEE GARGAGLIANO joined Catalyst Project after serving on the Anne Braden Program Leadership Team in spring of 2018. Much of Lee’s political work has been focused in the struggle for justice for Palestinians. As an organizer with the International Jewish Anti-Zionist Network based in Chicago and the Bay Area, Lee contributed to campaigns working to expose the settler-colonial nature of Zionism and its ties with US imperialism, as well as its cooptation of Jewish histories of oppression and resistance. He came to the struggle against Zionism after growing up in a radical, secular, Ashkenazi, Yiddishkite community that taught him to draw on those Jewish legacies that stand against oppression and with collective liberation.

Lee was an adult educator working with high school equivalency and English language students for 12 years, helping them to realize their educational goals and recognize their own capabilities.

Lee is a pizzabagel from Brooklyn who has strong opinions about both pizza and bagels. His politics were shaped by his parents who were politically active with People Against White Supremacy (PAWS) in the 1980s, and his mom was a part of Womansong, a feminist chorus. Lee is an avid soccer player and member/player of Left Wing FC.