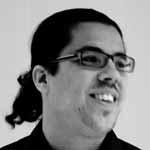 JASON NEGRÓN-GONZALES is co-coordinator of Seed the Vote, a collaborative project to mobilize organizers, activists, and volunteers to support work against Trump in the 2020 election. He began his political work organizing as a student at UC Berkeley around Puerto Rican community issues.  During his time there he was involved in building multi-racial student alliances and worked against the ending of affirmative action and the cutting back of ethnic studies.  After graduating Jason organized with People Organized to Win Employment Rights (POWER), a membership-based community/labor organization in San Francisco.  In his time at POWER he served as Organizer, Campaign Director, and Education Director as well as in alliance building work locally and nationally.  After leaving POWER Jason became the director of Movement Generation, a Bay Area strategic leadership project for organizational leaders of grassroots groups, and a founding member of the Movement Generation Justice and Ecology Project which works to do training and technical support for community organizations to address issues of the environment and climate change.  He has also worked as a consultant with the National Domestic Workers Alliance, developing curriculum on workforce development for domestic workers, and as a shop steward and rank-and-file organizer with the San Francisco nurses group of SEIU 1021.