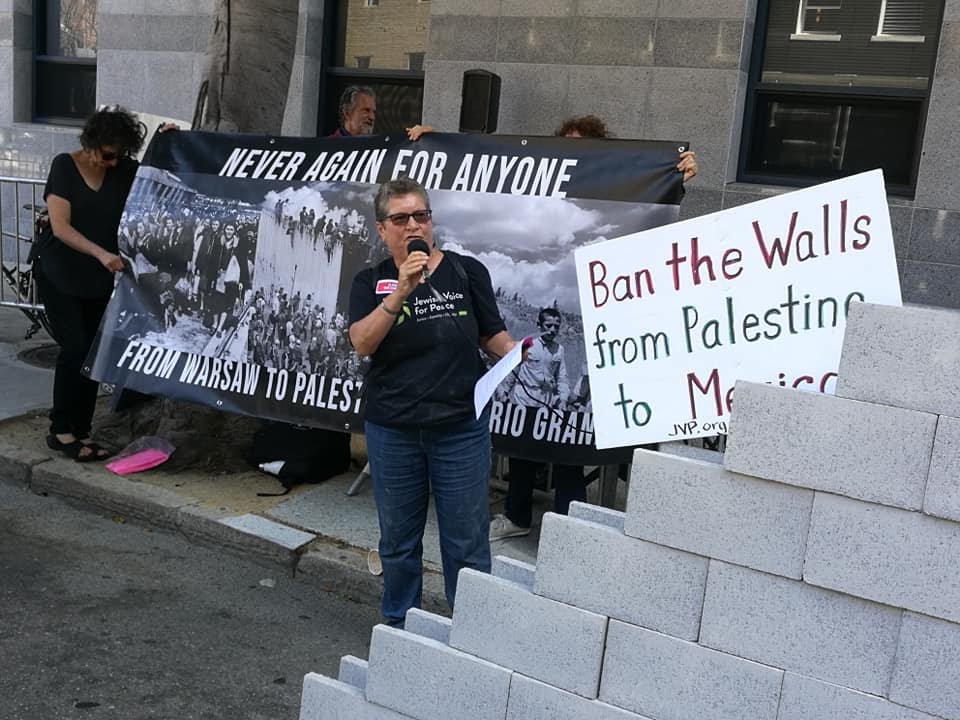 ELLEN BROTSKY joins Catalyst Project after serving on the Braden Leadership Team in 2018 and 2019.  Born and raised in a secular, Jewish, left-wing family in San Francisco, she has always lived on Ohlone land in the SF Bay Area. From her family she learned 3 important lessons that have served her well in life: capitalism is bad, Never Again means Never Again for Anyone, and don’t talk to the FBI. While in high school, Ellen organized a student union, visited Cuba with the first Venceremos Brigade in 1969, and participated in demonstrations against the Viet Nam war and in support of ethnic studies at SF State. These experiences deepened her commitment to anti-imperialist organizing and to fighting racism and capitalism. Her 20’s were spent organizing with communist organizations where she experienced how racism, patriarchy and sectarianism worked against building mass movements and sustainability. While raising her children, she primarily organized in the schools and in the community. Israel’s 2014 attack on Gaza motivated her to focus on political organizing again. She was thrilled to re-enter a left movement that had radically changed and which had so much to teach her about the centrality of white supremacy and racial capitalism, about gender oppression in all its forms and about settler colonialism in the US and Israel.

Ellen joined Jewish Voice for Peace in 2014, where she organizes Jews in solidarity with the Palestinian people and to transform Jewish community into one not tied to Zionism. She is passionate about helping Jews understand that safety from antisemitism comes through solidarity and shared struggle for collective liberation, not through Zionism and a settler colonialist state. Ellen organized with the coalition that successfully ended Alameda County’s racist Urban Shield swat team training and is proud to have participated in disruptions of both Jewish Zionist and Christian Zionist gatherings. Ellen loves baseball and cats, enjoys reading novels and hiking, and loves spending time with her grandchild.